I use to think that the moms that have a few kids in multiple sports were just driving themselves crazy…  The ones who run from one end of town to the other to get to sporting events.

Okay, slight confession… I still do think it is a bit crazy, not the “use to” that I just happened to mention a second ago.

My sister is the one who would pop to mind whenever I think about those moms.  She has 3 boys, all 3 happen to be in different sports and all in different parts of town.  I use to ask her if she had anytime left to sit and catch her breath at the end of the day.

I use to tell myself I was not going to be one of “those” moms.  I use to say, “I will NOT run around jacked up on caffeine” Speaking in sentences sometimes at such a fast rate my ears can hardly keep up.

Well… I too have 3 kids… and I’m not sure if it was genetics that threw me onto the crazy train, or just pure luck..but here I am.

My oldest child plays lacrosse, lacrosse and lacrosse… Not sure if you caught which sport she is into, but it’s lacrosse.  Without sounding to bias she is very talented.  She is a solid athlete, and even though her chance to really shine has come at a bit of a cost for all of us it was worth every moment.  She is one of those kids that as a parent you love to watch them compete, because when she takes the field she goes all out.  I sit back and wait for it… Then BAM!! There IT is!! Did you just see that?? Okay, how about that??  So now you ask, “How did it come at a cost?” Well that is a whole other story…  To quote a wise fish “Just keep swimming, swimming, swimming”

My middle child, my oldest son has been raised just the same as any good boy from the south is, and that was with the love of football.  He’d go out, throw the ball with his dad… then he’d go to catch it.  In my mind I would immediately hear that little voice chime in, saying bless his heart.  Then I would feel bad, because I was certain he would never be cut out to be a football player.  Then everything became clear when I took him in to get his eyes checked.  I found out I was this bad mom, because I had been letting my child go around basically blind in one eye.  Well when we took care of that problem, for whatever reason he has now decided hunting and surfing are what he is crazy about.  So I’ll be supportive, because at least he can bring home the bacon… literally.

Last, but not least is the baby of the family, and he is a little pistol to say the least.  Being the baby he has taken on the role of wanting to do EVERYTHING his older siblings are doing.  At the moment, my husband and I see he will have a future in swimming (the diving side of it), gymnastics, surfing and without any doubt… lacrosse.  We will have to see just how that last one pans out.

So what am I doing??  Well I’m doing exactly what I said I wouldn’t be doing.  I too have kids in multiple sports, that keep me running in different directions.

To be quite honest, if they all were into the same thing… My life would be boring.

Brushed Under The Rug 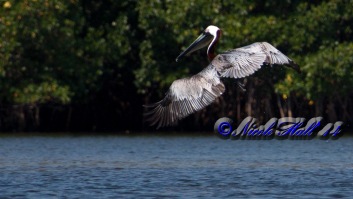 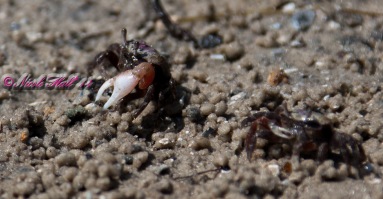